To help reduce the occurrence of fatal or serious injury to cyclists, the RACV has proposed that the Victorian government change the law. The proposed changes would require motorists to keep a gap of at least 1 metre between their vehicle and cyclists on roads with a speed limit of less than 60km/h. On roads with a speed limit of more than 60km/h, motorists wishing to overtake cyclists need to keep a distance of 1.5 metres.

What is the current problem with safety on the roads for cyclists?

Sadly, the article’s description of Mr Atherton’s story is only one of many who are either fatally or seriously injured on Victorian roads each year. The proposed changes or similar versions are already in place in South Australia, Queensland, Tasmania, the Northern Territory and the ACT.

Similarly, the number of TAC claims requiring hospitalisation between January 2017 and January 2018 was 552.

The above statistics demonstrate that whenever there is any mix of road users, there’s an increased risk of injury to the more vulnerable road users; e.g. pedestrians, cyclists and motorcyclists when compared to the much larger, heavier and faster motor vehicles.

Despite government initiatives raising awareness about road safety such as ‘Share the Road’ and ‘Towards Zero’, the number of accidents on Victorian roads remains alarmingly high.

Practicality of the proposed law changes?

Naturally, both motorists and cyclists have expressed their reservations about how practical and effective the proposed changes will be in reducing the number of fatal and serious injuries on our roads. One of the main concerns relates to the difficulties associated with enforcing the new gap requirement, and that it could cause more anxiety and confusion amongst motorists which in turn, could increase the likelihood of collisions.

Another concern with the new gap requirement is that it simply would not be possible on narrow roads such as those found in Melbourne’s CBD and some roads, for example, in the Dandenong Ranges.

Despite the above concerns, Polaris support the recommended changes to Victorian Road rules. We recognise that requiring motorists to keep a safer distance from cyclists may only be a small step in the right direction but given the rise in accidents, Victoria needs to do more, as we remain the only state or territory in Australia that is yet to trial or legislate a minimum passing distance.

What more can be done to keep cyclists safe on our roads?

In addition to the proposed minimum gap requirement, more planning and proactive action needs to be taken to permanently change the behaviour of motorists towards more vulnerable road users. For example, Edward Hore, president of the Australian Cycle Alliance has called for more European-style road rules which require cars to change lanes when passing cyclists.

Similarly, we should consider adopting sensible initiatives, including those from other countries.

Changing the law can be a long and arduous process, but we hope that common sense prevails with the RACV’s proposal, and that it acts as a catalyst for further changes that can protect vulnerable road users and help reduce injuries and deaths on Victorian roads. 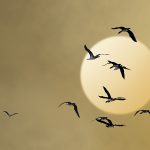 50 ways to leave your lawyer: your rights and responsibilities for ending a ‘No Win No Fee’ agreementGeneral News 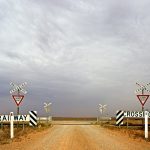