Polaris Principal, Nick Mann believes that states implementing strict drug driving laws are putting headline grabbing “zero tolerance” before a genuine concern for road safety. This not only has a significant effect on the rights of road users but in the event of an accident in Victoria, it can impact on a victim’s entitlements under TAC motor vehicle accident compensation.

In a recent case, Polaris acted for a driver of a car which was stationary when it was hit at speed by a driver who failed to obey a traffic light. Blood tests revealed that the driver of the stationary car had traces of marijuana in his system which could in no way have contributed to the accident. As a result of the findings, the driver’s TAC entitlements were reduced until Polaris successfully appealed the decision.

Nick, along with his team at Polaris have represented thousands of people who’ve been injured on Victorian roads. Having seen the impact of road trauma, he is supportive of efforts to reduce crashes on Australian roads as long as they are reasonable, consistent and evidence-based.

He doubts that the drug driving laws in place across many Australian states are actually about reducing harm and thinks they should be relaxed or, at the very least reviewed, for 3 primary reasons.

1.  Current drug driving laws don’t appear to be a response to sound evidence

In 2016 the most common causes of fatal car accidents in Australia where speeding (31%), Alcohol consumption (19%), driver fatigue (10%) and driver distraction/inattention (5%).

There is very little evidence in Australia regarding the specific breakdown of causes for road crashes and even less which points to drug driving as a significant contributor.

Nick is unable to recall the last time marijuana was found to be a cause of a crash in a case in which he’d been involved.

2.  The laws are inconsistent with the approach to legal drugs

Drug driving laws create an offence for driving with any detectable levels of illegal drugs, including marijuana. If the same rules applied to legal drugs and driving, 0.05 blood alcohol limits would be out the window and we would penalise anyone who’d had anything to drink in the days before they drove a car.

It would penalise anyone who had prescription drugs in their system, which could have been taken days before driving. People who might argue that the rules should be different for illegal drugs ignore the fact that there are already penalties in our criminal statute for consumption of those drugs.

Currently, the testing regime is patchy and tests for drugs at “any detectable level” can be inaccurate.

Unlike with alcohol, there is very little capacity in the testing to suggest what impact a trace amount of a drug like marijuana (which can result in a positive test weeks after consumption) may have on driving ability.

What is the impact of drug driving on your TAC motor vehicle accident claim?

While we believe that the correlation between zero tolerance drug driving laws and road safety is poor, we acknowledge that accidents do happen where drugs (both illicit, alcohol and prescription) are be involved.

Evidence of legal or illegal drugs in the system of someone involved in a road accident can have a significant impact on the TAC compensation entitlements of anyone injured in that accident.

For instance, if you are found to have contributed to the injuries you received in a motor vehicle accident because of drugs or alcohol which you or the driver of your vehicle consumed before driving, you may have your compensation benefits reduced.

This area of law can be complex and it is highly recommended that you seek advice from a lawyer with experience in motor vehicle accident claims to ensure that you are maximizing your entitlements – even where drugs or alcohol were a factor in the collision. 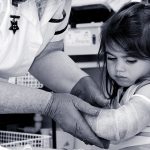 How does TAC compensation work for children injured in a car accident?Road Accidents 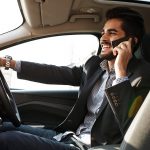