While the law in Victoria regarding personal injury claims for pain and suffering compensation is generally well established, a recent court decision may open the door for victims of assault and other intentional acts.

Who can claim pain and suffering compensation after an assault?

Generally, pain and suffering compensation is only payable to a person injured during medical treatment or in a public liability claim if they first prove that they have been negligently injured and that they have suffered a “significant injury”.

This can be a substantial hurdle for anyone seeking compensation for their pain and suffering. It relies on an assessment of the person’s “permanent impairment” using a set of impairment guides – “The American Medical Association Guides to the Evaluation of Permanent Impairment”.

Some aspects of the guides can result in deeply unjust outcomes. For instance, an injured person would be found not to have met the “significant injury” threshold according to the impairment where they had:

There are some exceptions to the “significant injury” hurdle; such as where the injured person has lost a breast, or where psychological injury follows the loss of a foetus or a newborn child.

Exceptions to the rule of meeting the significant injury threshold

There is another exception to this rule found under s28LC(2)(a) of the Wrongs Act.

Pain and suffering compensation is available without the need to establish significant injury in:

“a claim where the fault concerned is, or relates to, an intentional act that is done with intent to cause death or injury or that is sexual assault or other sexual misconduct.”

Until recently, the leading case which applied this exception  was the case of Cugmeister, and involved a claim brought by the victim of a physical assault against the operator of a McDonalds store, rather than against the unknown person who committed the assault.

This is a very common approach, because often the perpetrator will either be unknown, or won’t have assets or insurance to meet any claim for compensation made against them.

The judge found that the “significant injury” exclusion related only to a claim against the perpetrator and not against a company or person that negligently allowed the assault to occur.

What was the potential effect of this decision?

The effect of this decision was that the victims of assaults in similar circumstances had three options:

Because of the decision, some victims of assault would be prevented from pursuing a claim in negligence for pain and suffering compensation. Examples of this type of scenario include:

Mr Thompson was an inmate at Dhurringile Prison who was stabbed by a fellow inmate. He sued the State of Victoria for negligently allowing him to be assaulted.

In its defence, the State argued that Mr Thompson was ineligible to claim compensation for pain and suffering because he had not established that he had suffered a permanent significant injury.

The Court determined that the significant injury exception applied and that Mr Thompson’s claim could include compensation for pain and suffering, even where his claim was in negligence against the State, rather than a claim for assault or battery against his fellow inmate.

On 25 October 2019, The Supreme Court of Appeal dismissed an appeal against the judgement, and upheld the decision of the County Court that the exception should apply in circumstances such as those of Mr Thompson.

The decisions are important in providing legal clarity and certainty for victims of sexual and physical assaults who might be unable to obtain compensation directly from their perpetrators.

Is Victims of Crime compensation affected by these decisions?

Any application for compensation through the Victims of Crime scheme in Victoria is separate to a public liability claim against the perpetrator of an assault or a negligent company. It is unaffected by these decisions.

However, the rules of ‘double dipping’ may apply so that where compensation overlaps between any Victims of Crime payment and pain and suffering payment, you may be required to repay a your VOCAT award or have your VOCAT award reduced. 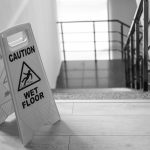 Can I claim compensation for a slip and fall in a public place?Public Liability 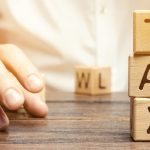